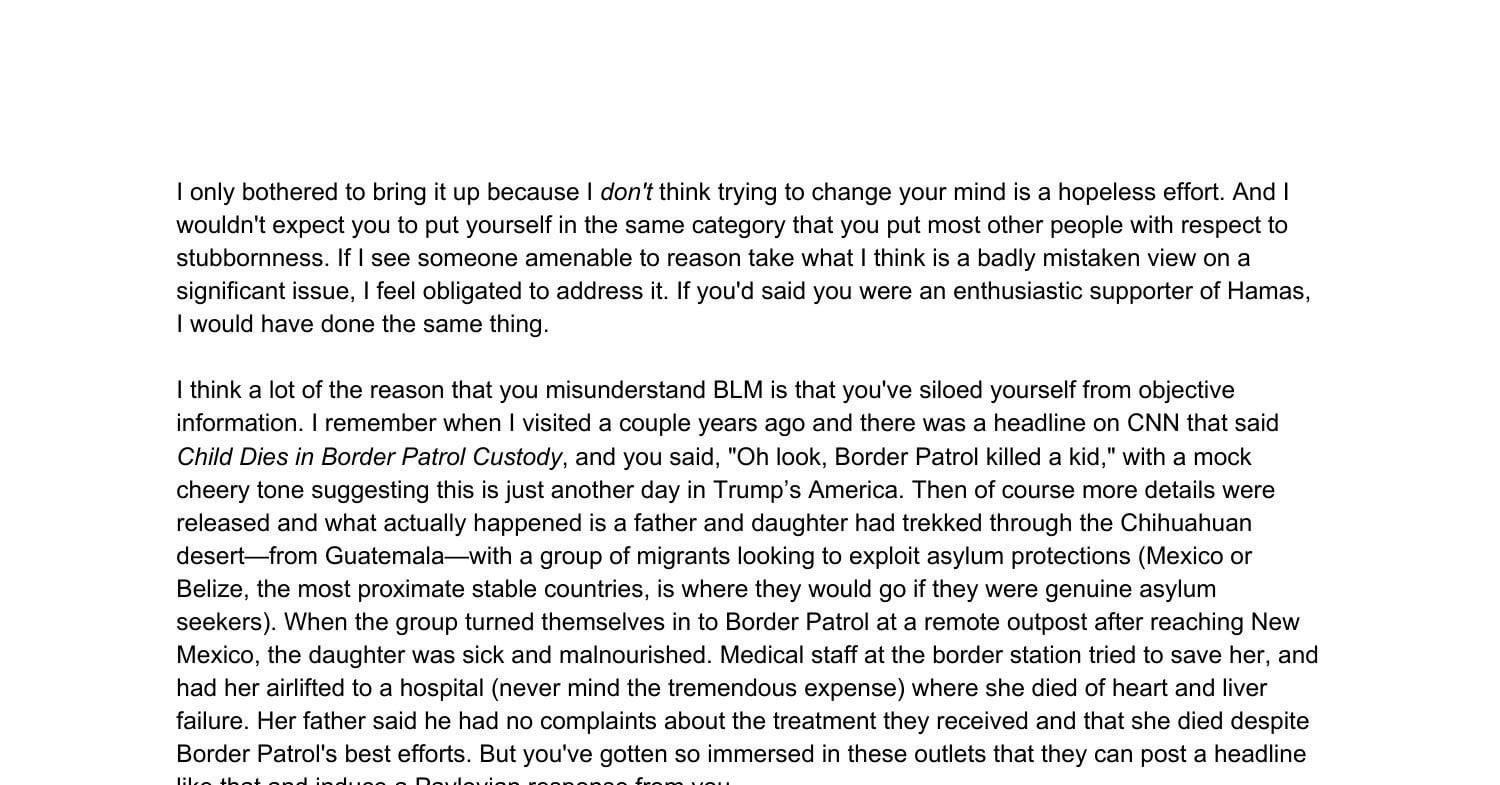 For some context, my son and I had been talking over email and the topic of BLM in sports arose, and I expressed that I’m a strong supporter of the movement. He responded with some points against the movement and challenged me to explain why I support it. Rather than engage in what I felt would be an unproductive conversation (adults so rarely change their minds on political matters), I told him it’s too bad we have different perspectives but we should just move on since it’s unlikely either of us would change our minds. He didn’t respond for a few days (although this was during the wildfires–he’s in Portland), and then I got this epic email in my inbox (he actually sent it as a PDF because it has pictures and links to videos and whatnot).

Now I don’t know what to do. I don’t really want to have a debate where I try to refute his point-by-point breakdowns of the various shootings that have happened, and statistics on BLM, since it seems like such a daunting and overwhelming task to even begin. But I also think it’s sheepish to just continue avoiding the issue when he’s put so much effort in and obviously thinks he’s in the right.

Here is the email (with some redactions to protect identities): https://docdro.id/6r2IUKj

TL;DR — Son sent email with detailed breakdown of his criticisms of BLM, and I don’t know how to respond.